The annual Christmas dinner was held at the newly opened Island Bay Pier House.  Nine members of the club attended.  It was an enjoyable dinner with good food, good conversation and a pleasant environment.

Election Committee:  Kathi McCarthy reported on the results of the election of officers for 2019:

Joe Dudiak reported that he received a call from Clayton Village Mayor, Norma Zimmer.  Norma indicated the Board of Trustees is waiting on the recommendation of the Village Planning Board before a final decision is made. The Planning Board has contacted the NY Office of General Services to discuss this project.  Norma indicated that she will keep us posted of any results.

Dennis reported that the new website was populated with past meeting minutes and other links.  The officers will receive more details regarding how to post to the site.  The new site will provide a much easier way to be updated with the latest dive information.  Work will continue in order for it to be ready for the 2019 dive season.

Dennis discussed some of the potential projects for the 2019 dive season.  Included in the list was to complete a survey of the Maggie L shipwreck.  Dennis also indicated winter meetings will be at various restaurants in the area as a means of gathering in the off season.   Joe Dudiak reported that he was contacted by Gary Kocher of the US Coast Guard Auxiliary requesting that the club participate in the 2019 Boating Safety Event held at Bonnie Castle on June 1.  At the January meeting we will discuss these and other projects in more detail and create a draft of items for the 2019 dive season.

-     The January meeting will be held on Thursday, January 10 at 5:30 PM and will be held at the Hawn Memorial Library in Clayton.  The library is located at 220 John St, Clayton and we will be using the downstairs conference room.

Posted by Clayton Dive Club at 10:52 AM No comments:

https://glsponges.lab.uic.edu/
Posted by Clayton Dive Club at 4:27 PM No comments:

Secretary report:  Joe Dudiak read the minutes from the September
meeting.  The minutes were then accepted as written.

Treasurer report:  Ken Kozin reported that the current club balance is
$511.21, including $131.05 in the mooring fund.   The treasury report
was then accepted.

● Ken Kozin reported that all club supported buoys have been removed for
the winter.  They include the Maggie L, Vickery and Keystorm.  The Eagle
Wing buoy was also removed.  Ken will gather material that will be
needed to fortify the light cages of each of the buoys for Wayne to weld
(winter project).

● Dive Site Project;  Joe Dudiak reported that his efforts to speak to
John Buker, Clayton Village Trustee, continue to go unanswered.  Phone
calls as well as emails have been ignored. Finally, after leaving a
message with Mayor Norma Zimmer, Joe received a call from the Village
Clerk, Joanne Lennard-Boye. Joanne indicated the Joint Application will
not be signed and submitted until the Village Planning Board
investigates the project with the NY Office of General Services.   This
could take a while!

● Charlie Stage reported that the Divers Access Dock was removed for the
season.  It appears the damage as a result of high winds was repaired by
the village maintenance crew.

● There was discussion regarding the club's participation in the Clayton
Christmas parade.  After a variety of options were discussed, it was
agreed that it is too late and that the club will not participate this
year.

● Election of Officers for 2019 Kathi McCarthy will again lead the
nomination and voting of new officers.  Kathi will send a separate email
to all club members to collect nominations and voting results.    -

● The December meeting will be the annual Christmas dinner.  The dinner
will be held at the newly opened Island Bay Pier House in Clayton and
will be held on Monday, Dec. 10.

● The meeting was adjourned at 9:00 by vice-president Charlie Stage.
Posted by Clayton Dive Club at 10:49 PM No comments: 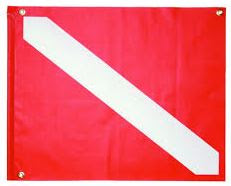